Unfortunately Fukushima, a prefecture in the northeast of Japan, became world famous due to the accident of nuclear power plants after the big earthquake and tsunami in 2011.

However, Fukushima has not only nuclear power plants but also many attracting places. One of them is Spa Resort Hawaiians, a theme park featuring Hawaii inside of the northern province of Japan. The story of this park is a story of hope. 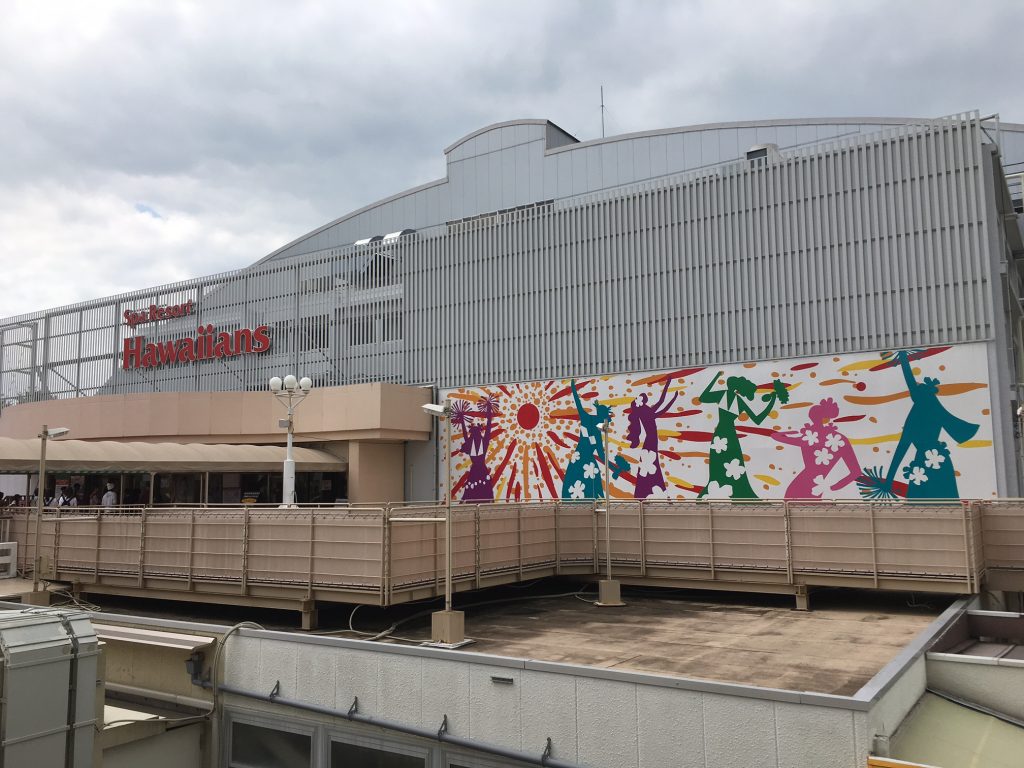 In early 1960s, Iwaki city in Fukushima suffered from the decline of coal industry, which was the main industry for the city until that time. In order to create jobs for the workers in the coal mines and their families, Joban Colliery, an operator of the mines, made a very creative and challenging decision.

For coal mining, hot water springing out from the underground of the mines was not more than the nuisance. But the company’s idea was to heat up a dome with the heat of hot water and create a theme park featuring “Hawaii” inside the dome. At first many people including some employees of the company thought it was too unrealistic. But Mr. Yutaka Nakamura, one executive of the company led the company very strongly and made it decide to go ahead.

At that time Hawaii was the most popular foreign place for Japanese and the symbol of the oversea, while foreign trips were too expensive for ordinary Japanese. But they made a Hawaii in only 2 hour drive from Tokyo. Joban Hawaiian Center opened in 1966 attracted many ordinary Japanese dreaming a paradise and it became popular soon. 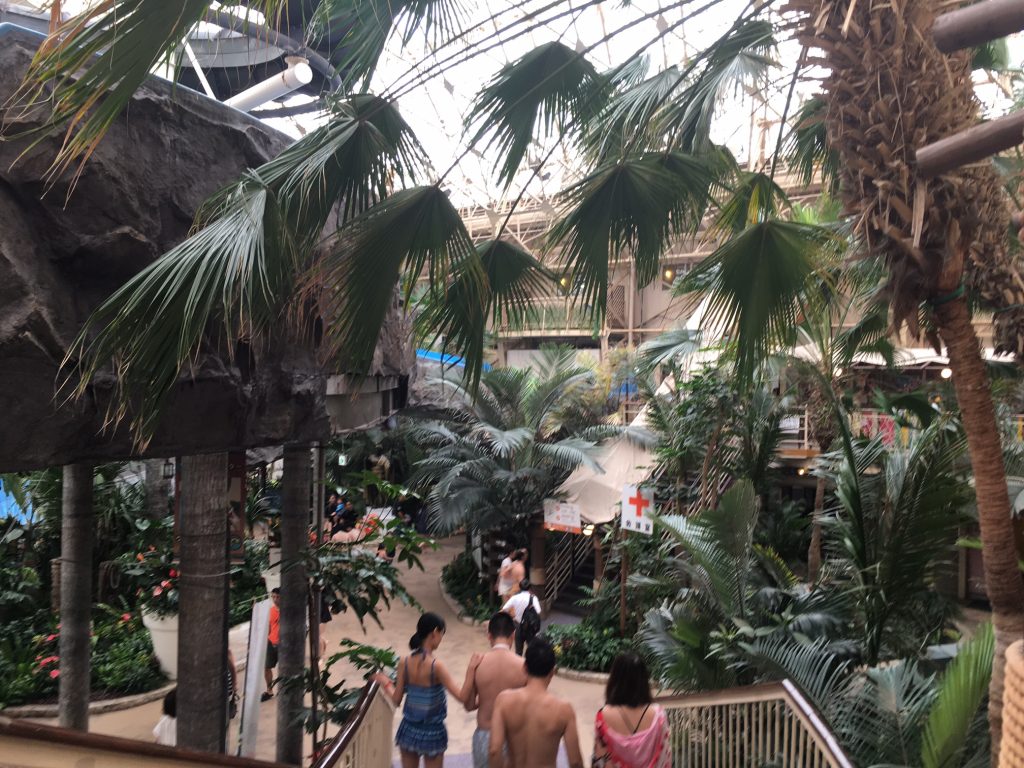 In order to make the visitors feel like as if they were in Hawaii, the company recruited several girls in the city none of which had been overseas and gave them lessons in hula dance and other Polynesian dances so that they performed the dancing show in the park like the dancers in real Hawaii. After hard lessons they became the symbol of the park called “Hula Girls”. Their story became a movie in 2006 and made a big hit in Japan. 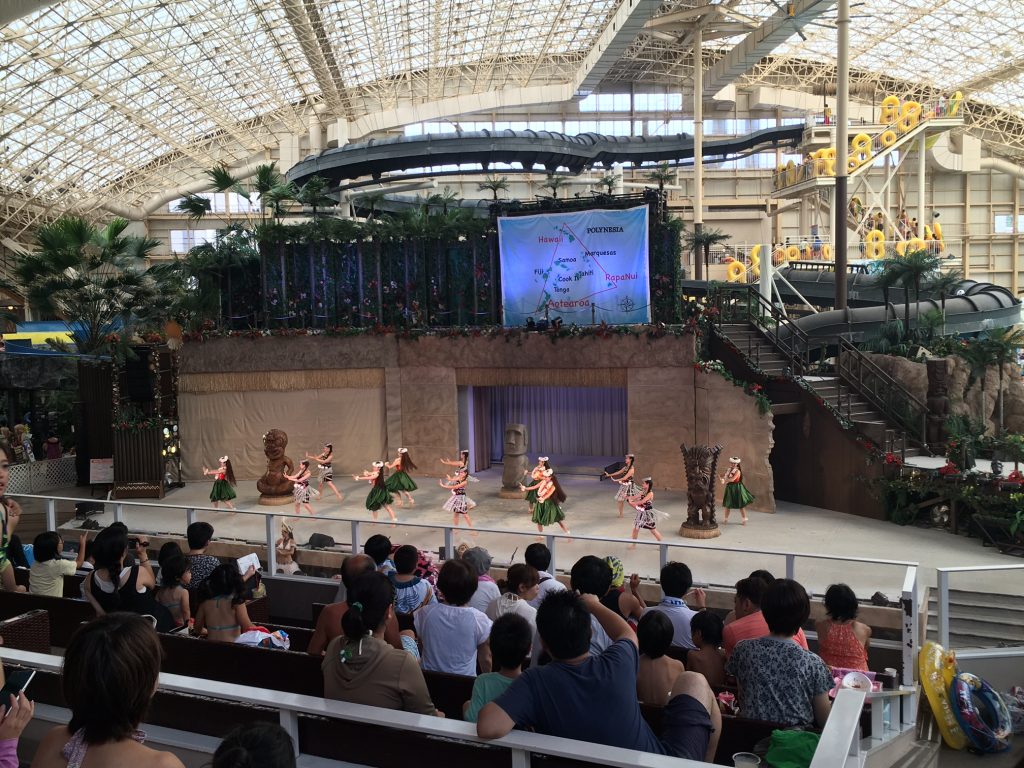 Even after foreign trips became much less expensive for ordinary Japanese, the park had been surviving with some new ideas such as making the biggest hot spring in Japan and changing its name to Spa Resort Hawaiians.

Then, the big earthquake happened in the northeast region of Japan in March 2011. And the dome was seriously damaged and they were obliged to close the park in the long time.

However, the employees of the park didn’t forget how they overcame the serious decline of coal mining industry 50 years ago. Hula Girls visited all over Japan and performed their show believing that they could open the park again. One year after the big earthquake they reopened the park and had as much visitors as they had had before the earthquake. 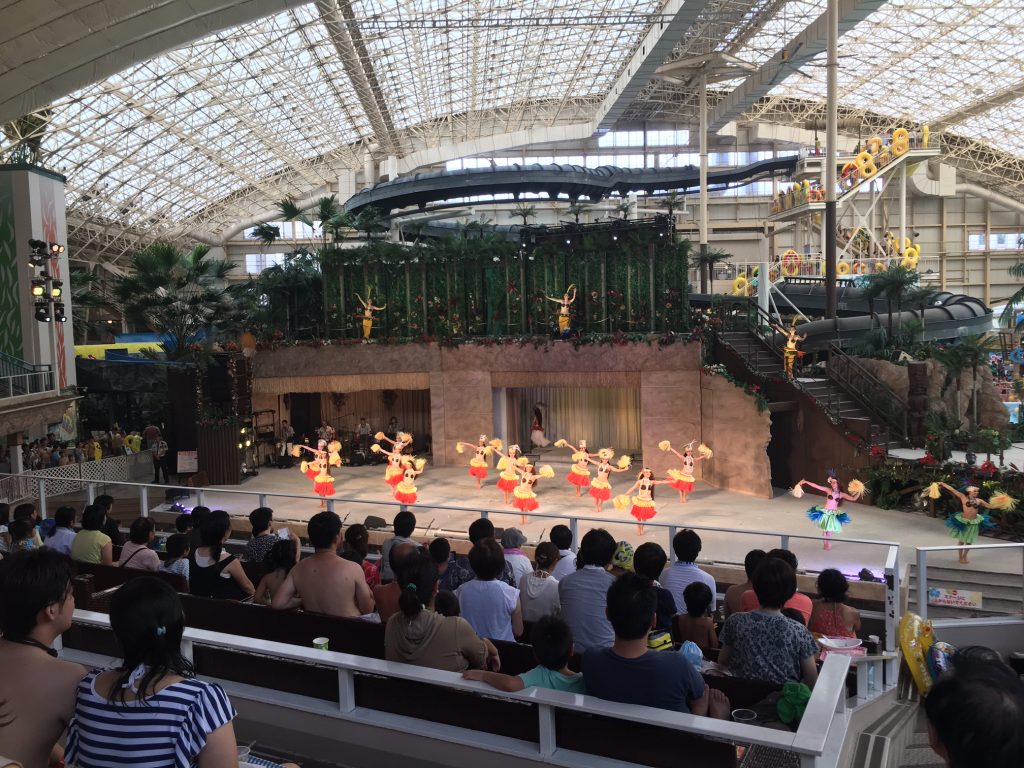 Again, when I heard a name of Fukushima in foreign countries, in many cases they mention the name related to the earthquake and the nuclear accident. I really hope Fukushima got more attention about the people who have strong mind to overcome many hard times.

Below is the website of Spa Resort Hawaiians (sorry only in Japanese).