In Nippori Tokyo, where we live, it’s not a single case that we find a strange restaurant. This time we found a restaurant which serves a set of a typical Japanese menu and a typical Italian menu, sushi and pasta. Do you think this collaboration would create a synergy?

East to Nippori station, there is an area called Nippori fabric town where there are many shops of cloth and dress material for those who want to make clothes by themselves. 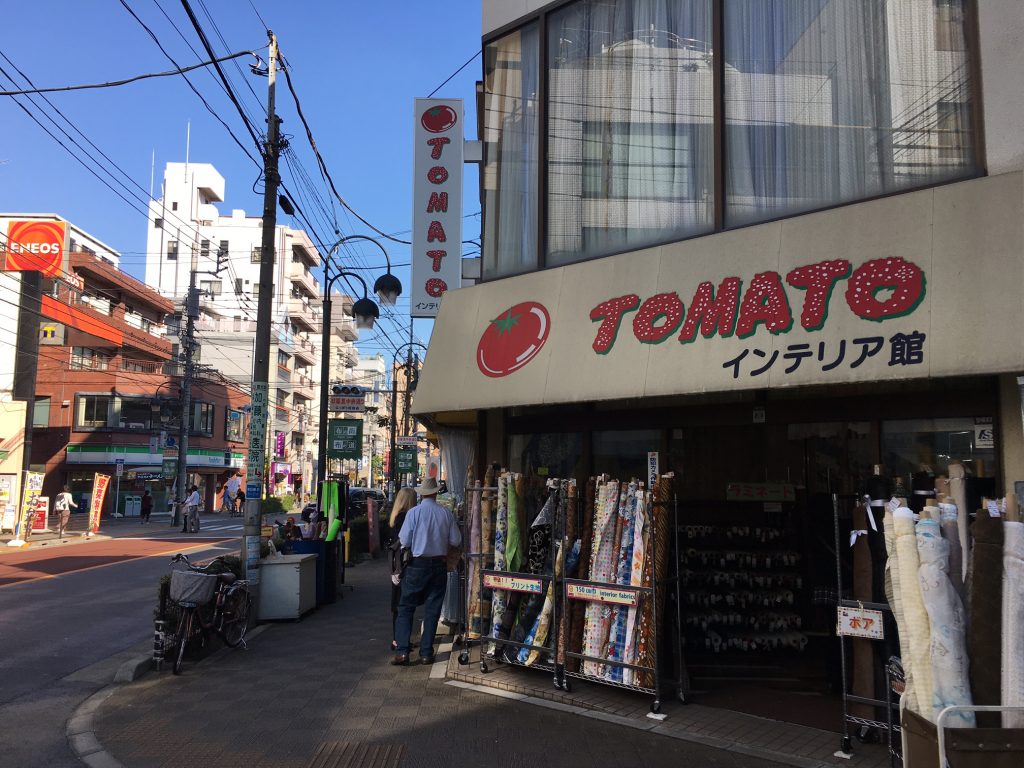 In this area compared to the number of  cloth shops there are only a few restaurants to supply energy during shopping. But today we found a strange signboard. It said in Japanese “sushi and pasta” with bigger characters than a name of the restaurant. 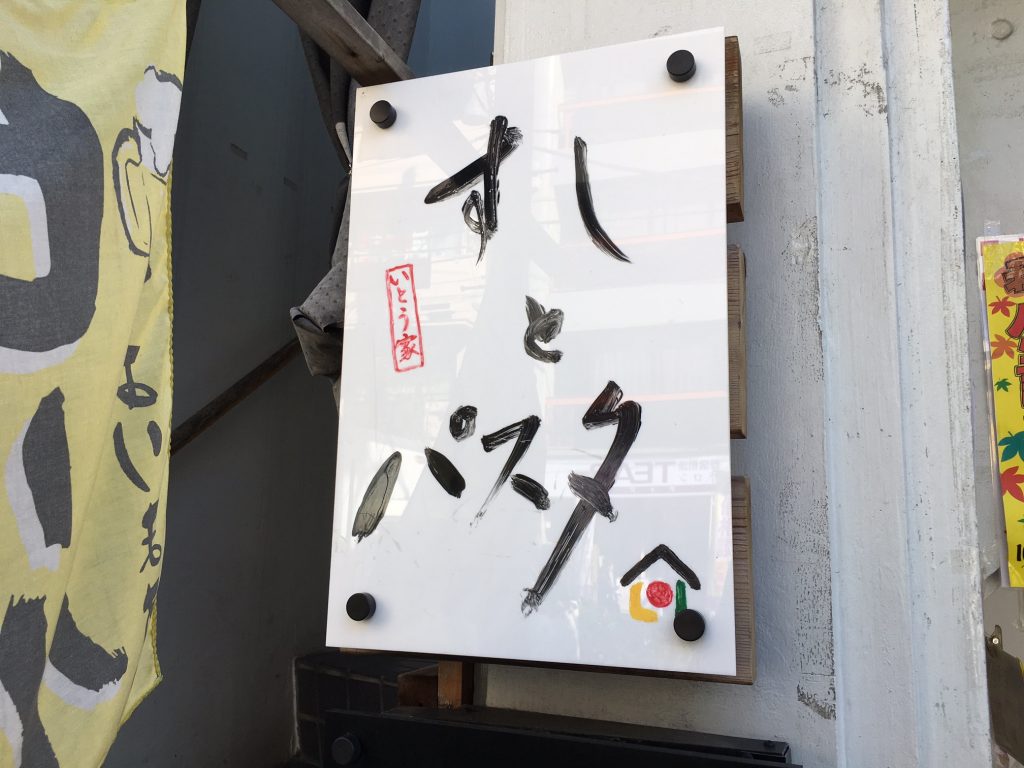 We went upstairs to the entrance of  the restaurant. In the first glance it looked like a small sushi restaurant with a sushi counter. 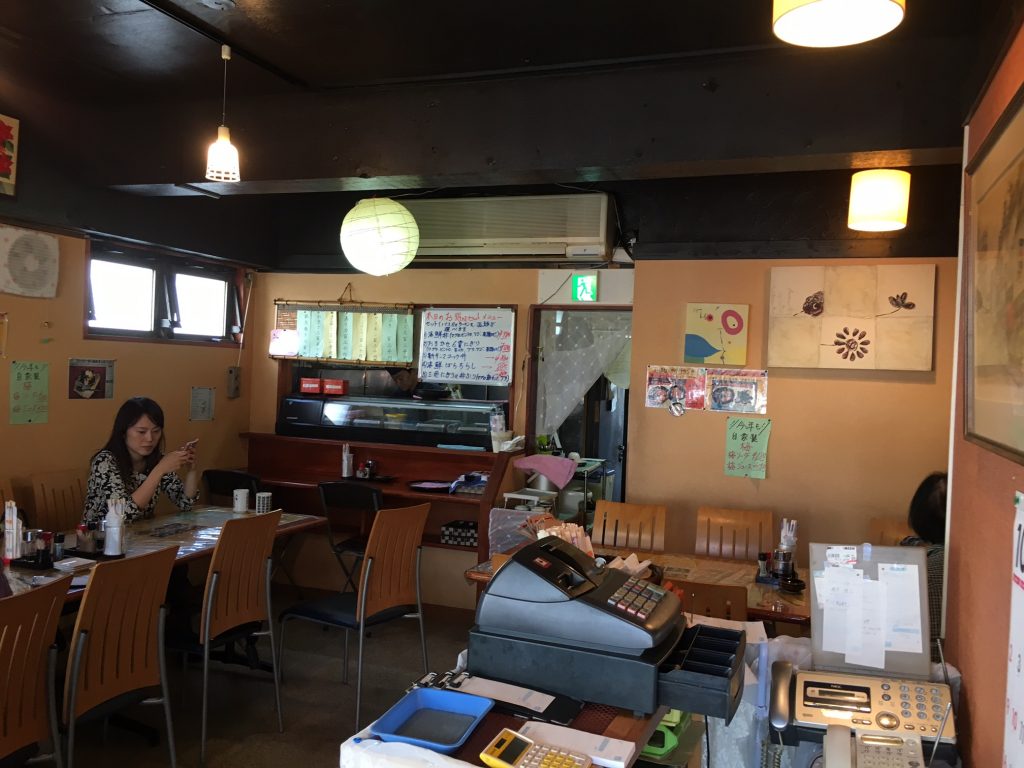 But when we saw the menu, in fact it said a variety of sets of sushi and pasta. Even though we couldn’t imagine yet how they collaborate, we ordered a set of chef’s sushi selection and spaghetti Neapolitan.

In a few minutes they served spaghetti Neapolitan at first with green tea. 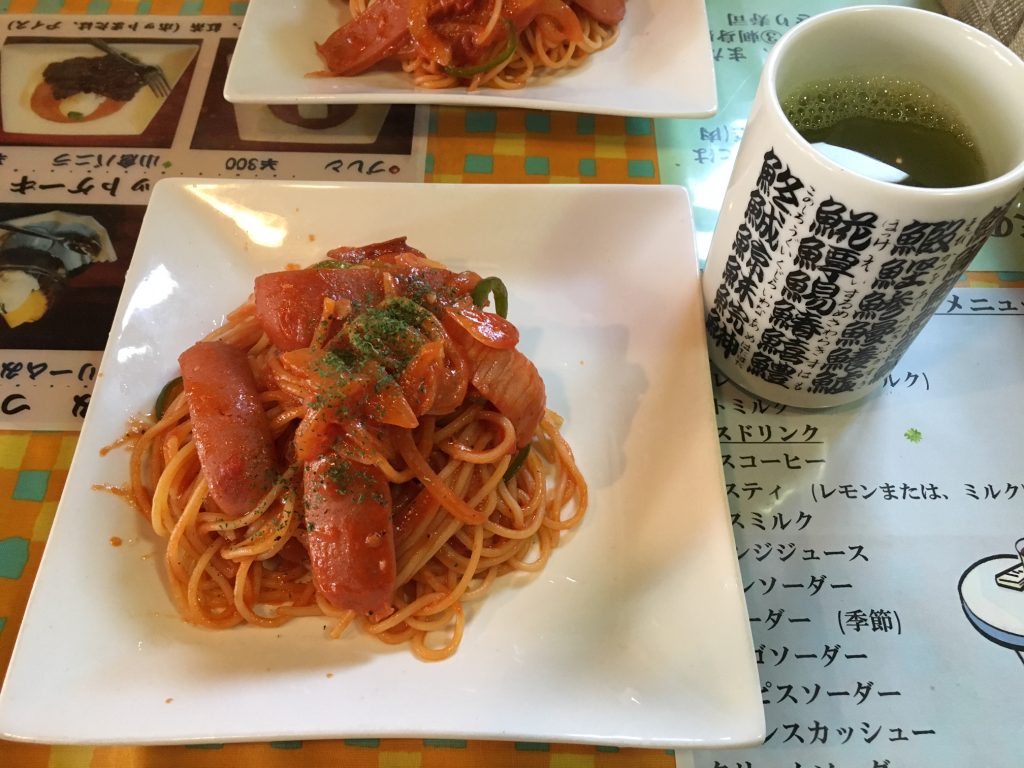 Then in another few minutes they indeed served chef’s sushi selection. 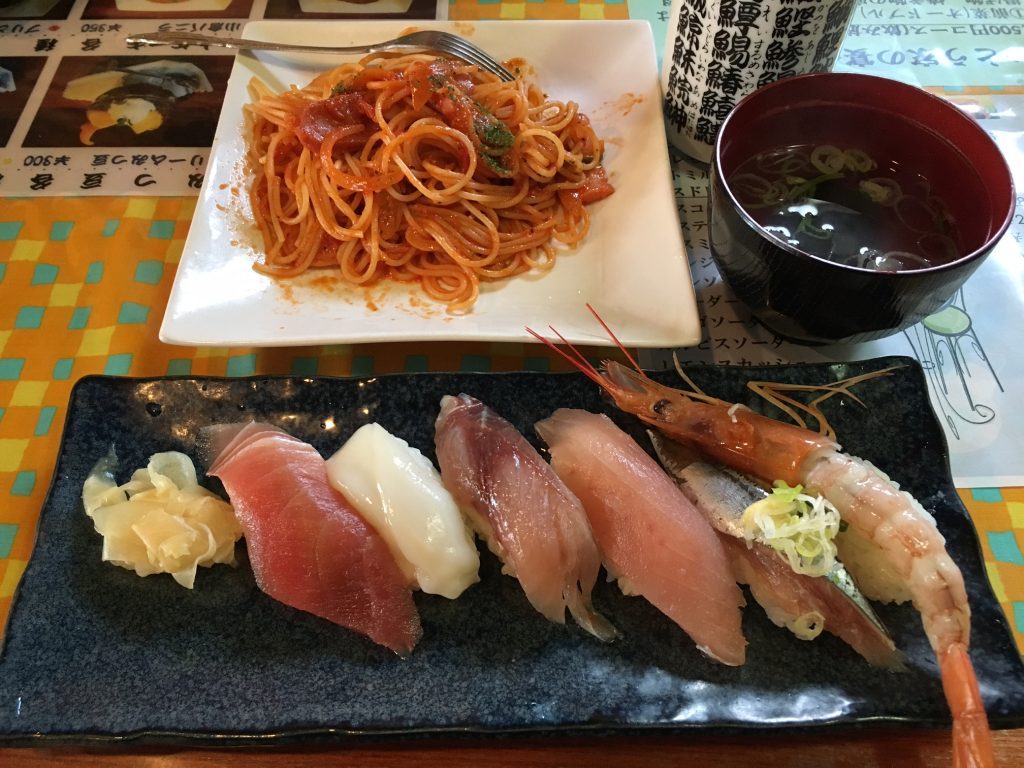 Kinds of sushi the chef selected were normal, not special to collaborate with pasta. So we wonder how two menus influence each other.

In conclusion, there were no synergy, nor marriage between two menus. Each taste of two menus were quite normal. I guess that this restaurant was originally a sushi restaurant, but they started serving pasta with sushi in order to attract women who come the area to buy cloths and want to eat the western food for lunch than Japanese food like sushi.

Japanese people like colored leaves in autumn (Ko-yo in Japanese) and we visit many places such as temples, shrines and mountains to see scarlet maple leaves and yellow ginkgo leaves.

But with the variety of kinds of trees and spacious views I like colored leaves in mountains the most. And Karasawa, in Hodaka mountains, Japan Alps in Nagano prefecture is one of the best spot of autumn colored leaves in Japanese mountains. Let’s see its beauty!

The entrance to Hodaka mountains is Kamikochi with the altitude of 1,500m. The visitors to Kamikochi are welcomed by a magnificent view of Hodaka mountains from Kappa bridge. This view has been popular as a picture of postcard in a long time. 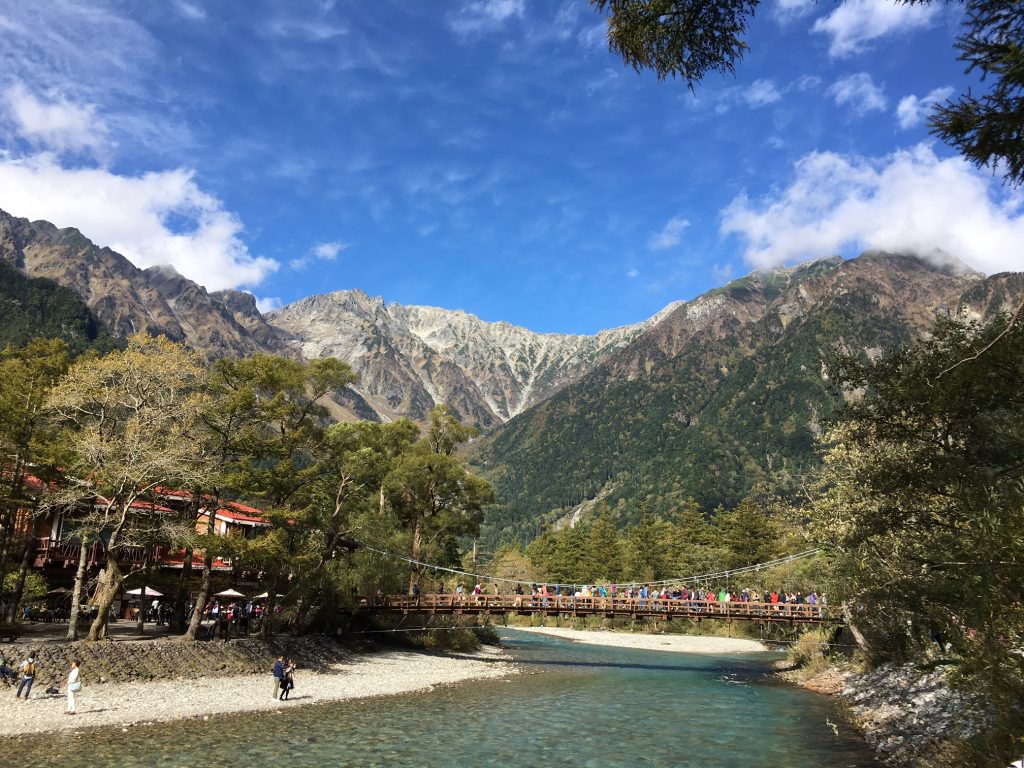 Once we depart from Kamikochi, we need to walk a flat trail along Azusa river in 3 hours. The walk in trees and along the river is a fun but 3 hours are too much for  many people. It’s one of only a few bad points on trekking in Hodaka mountains and we come to wonder if we could drive since the trail is so flat. But don’t worry, the view after the trail rewards you.

Also in every one hour there are mountain lodges. We can rest and enjoy good food and drink. 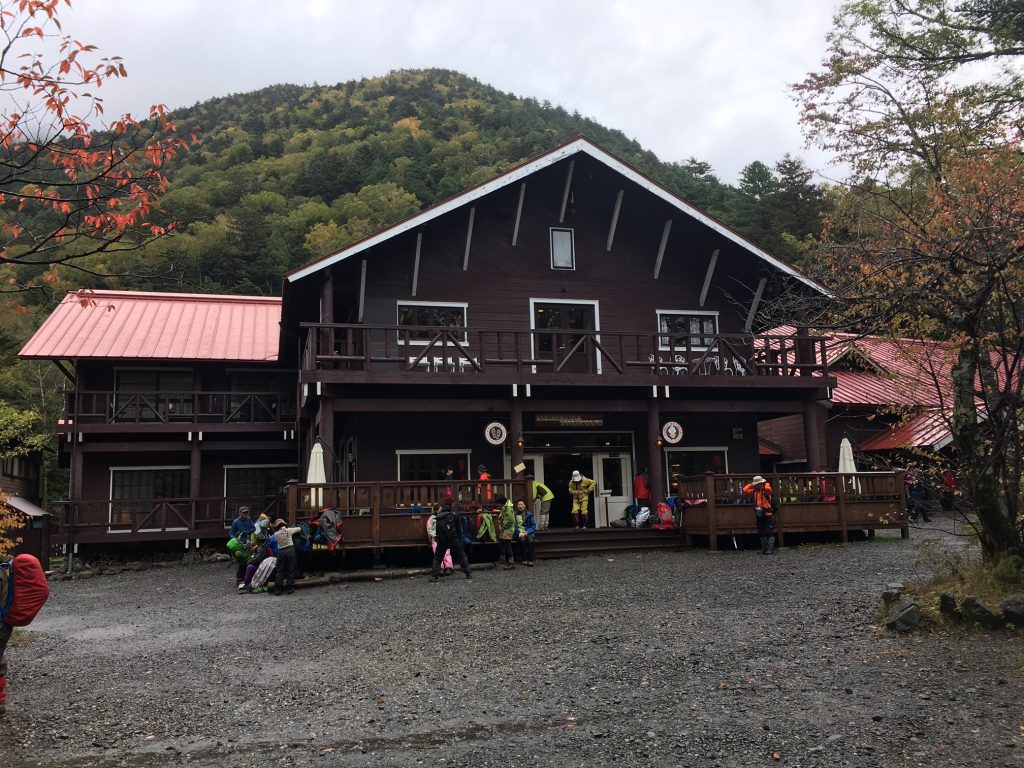 After Yokoo, the third lodge, the trail gradually goes up. While we enjoy colored Erman’s birches (dake-kamba in Japanese), a gigantic rock shows up. The rock called Byobu-Iwa, and many alpine climbers dream to climb up this face. 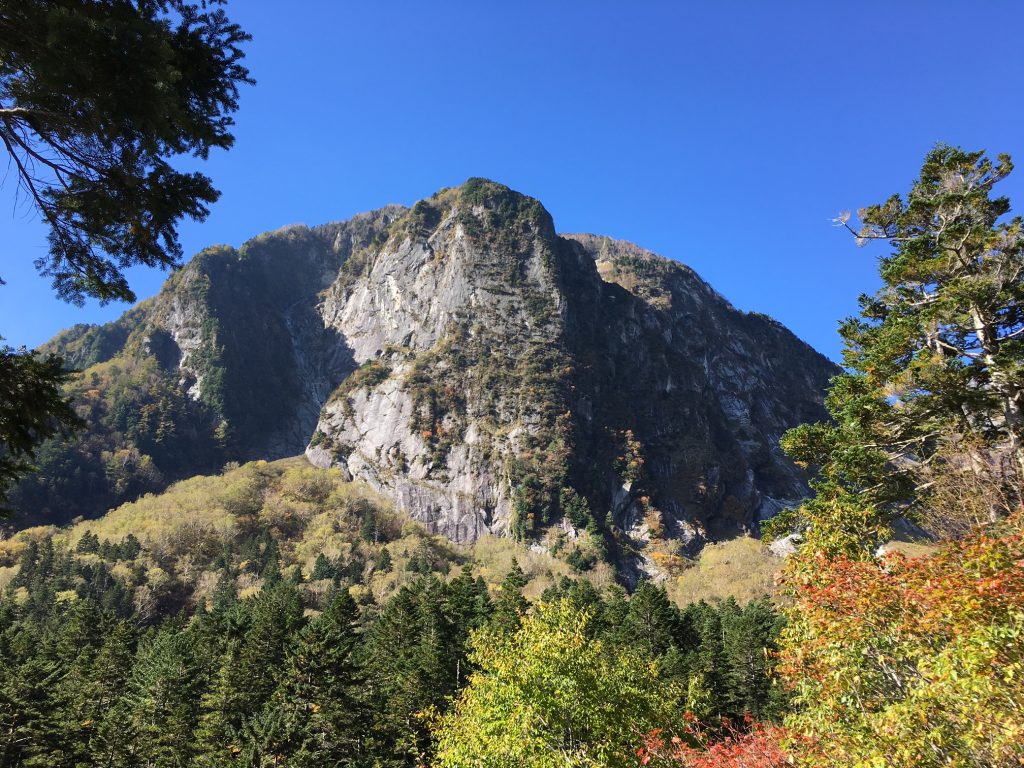 In other 3 hours from Yokoo, we reach Karasawa. Karasawa is a valley made by glacial erosion surrounded by Hodaka mountains.  Now it’s a base for climbing of Hodaka mountains with 2 lodges and numerous tents. And from the bottom of the valley, we can view colored Erman’s birches and mountain ashes (nana-kamado in Japanese) with steep rocky mountains on the backside. I believe this is one of the best beauty in Japanese mountains. 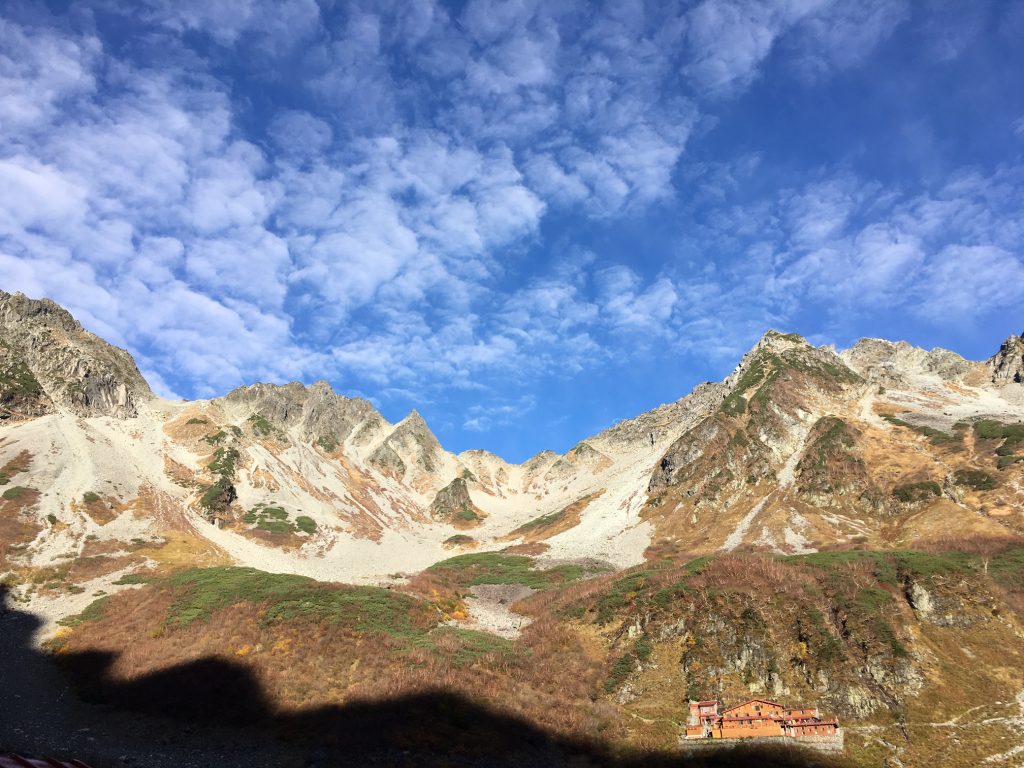 You might feel that the view from Karasawa lacks red color such as scarlet maples. Don’t worry. What you should do is to set a tent and sleep in your sleeping bag. In the early morning, the rising sun paints the mountains red. We call it “Morgen Rot” (morning red in German, since the Japanese imported technique of mountain climbing from Germany, there are still many German words related mountain). 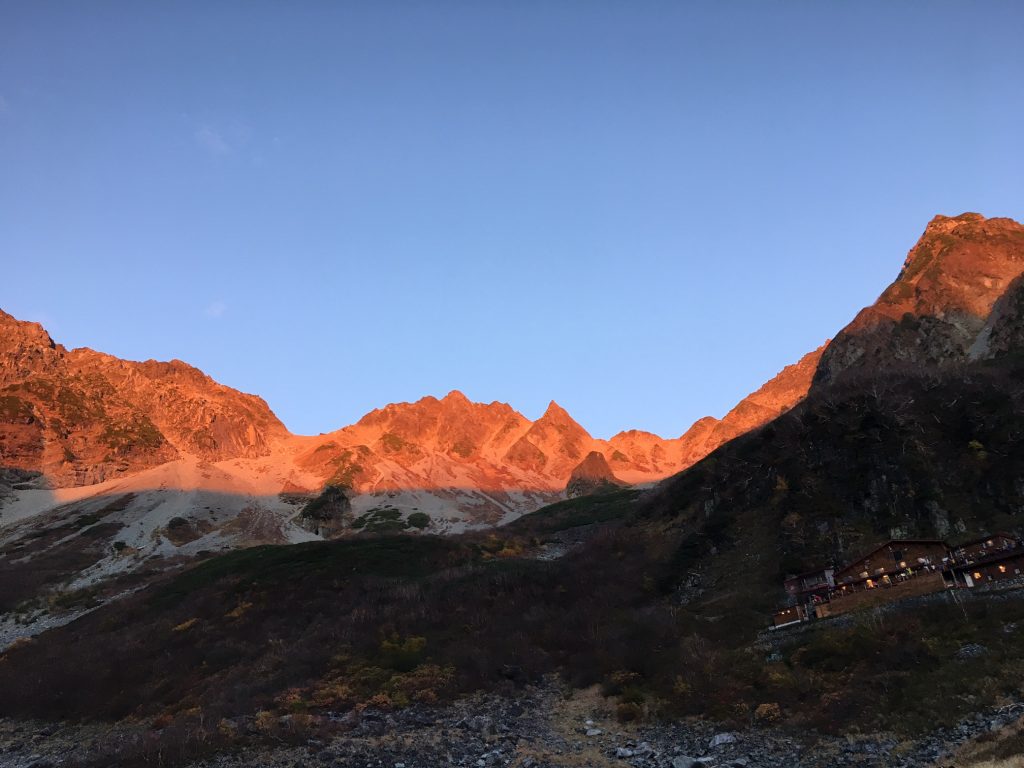 Normally the leaves in Karasawa color in early to middle October. However this year they were at the peak at the end of September. It happens in some years when cold days continue in September. When you go there, please check information on the website of Kamikochi. (Japan Alps Kamikochi Website) 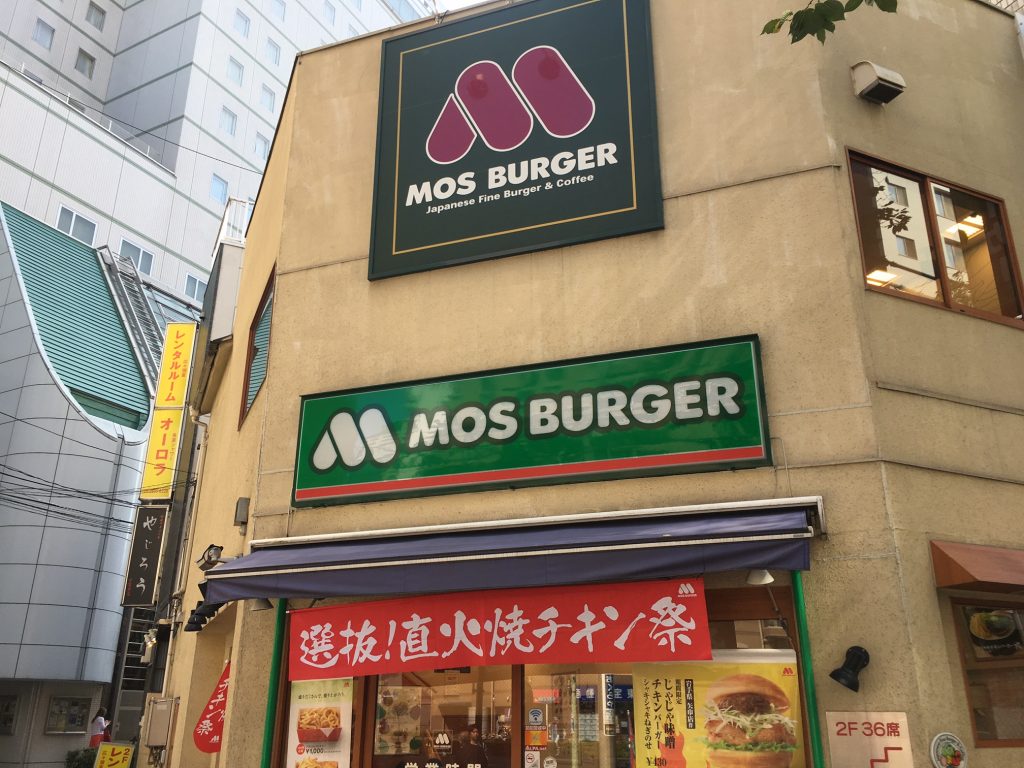 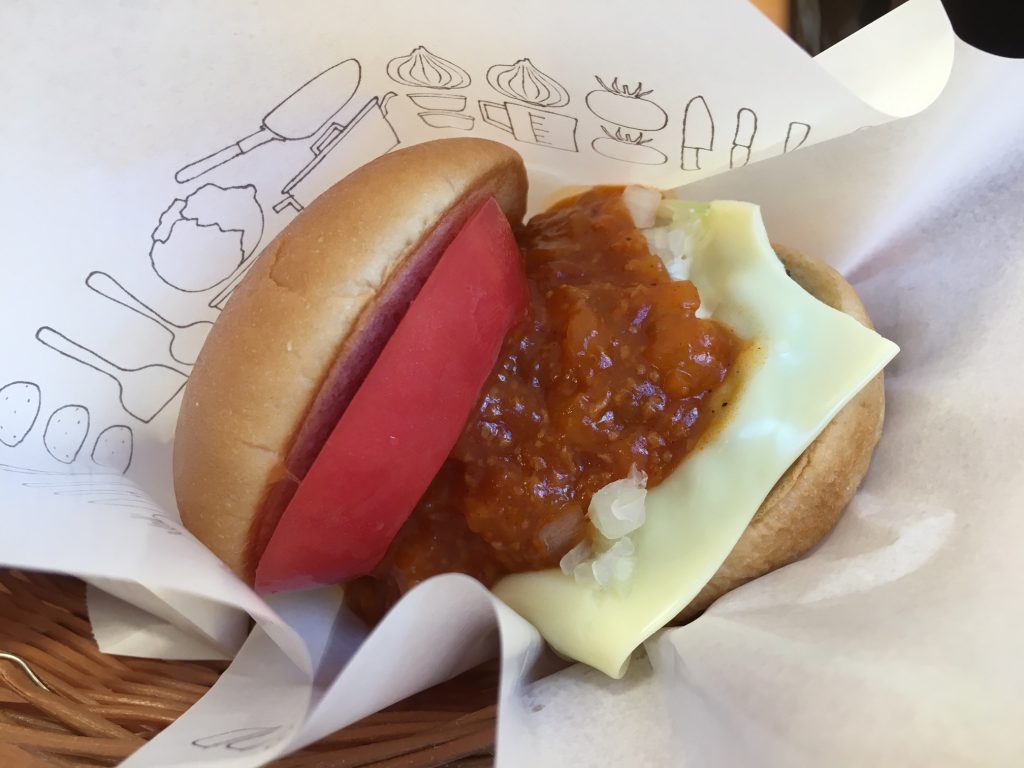 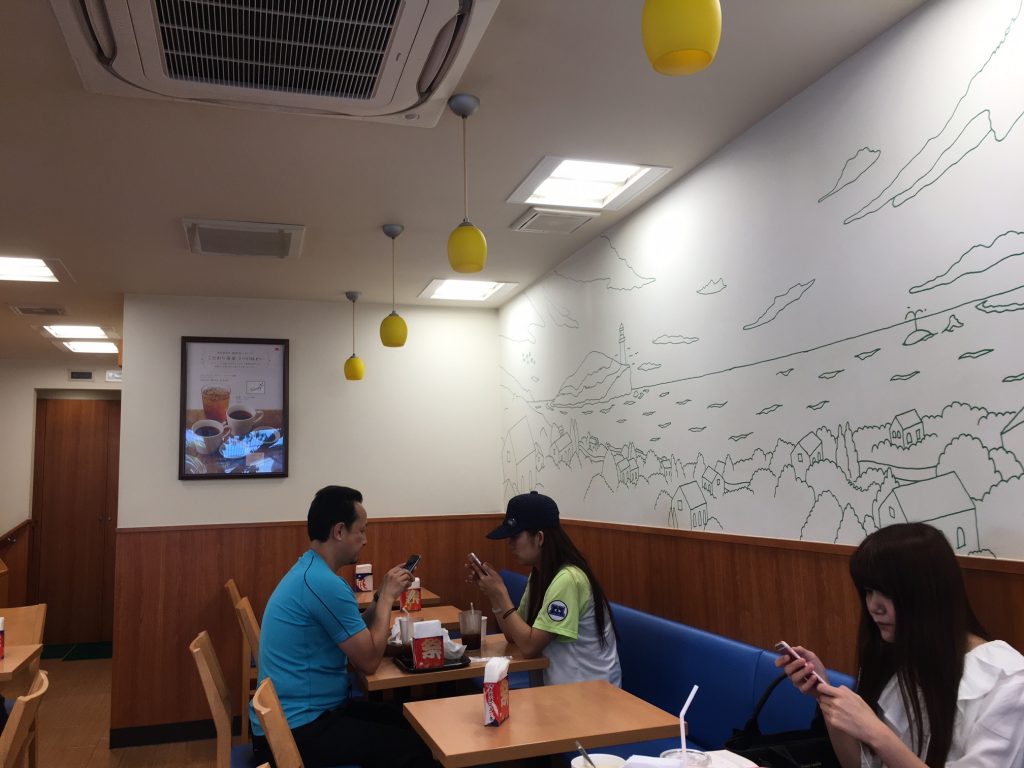