In Japan most of the farmers struggles to continue farming when cheaper vegetables are imported to Japan and also they have difficulty to find their successors. However, in Hokkaido, the northern island of Japan, there is an area where the farms themselves attract many visitors.

Furano, a basin located in the central Hokkaido, surrounded by high mountains and along with Sorachi river, has fertile soil and there are many farms of potatoes, fruits and flowers.

A photo below is Mt. Tokachi, active volcano east to Furano. 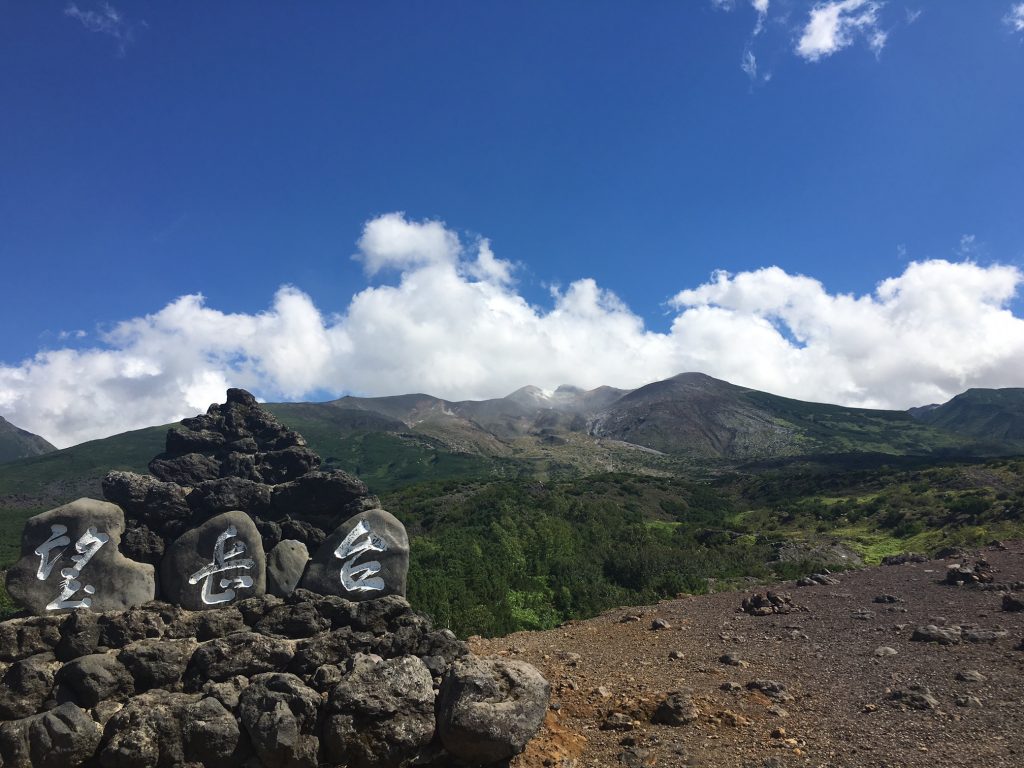 In Japan this area became famous in early 1980’s when the TV drama series Kita no Kuni kara (From the northern country in Japanese), a drama about a family which moved from Tokyo to Furano and lives in the nature, had been filmed in Furano and became a big hit. The drama series continued in 20 years till 2002. For many Japanese including me Furano is a typical image of the country side of Japan.

And in the drama the symbol of Furano was lavender and in Furano there are many farms which grow lavenders. And the biggest one is Farm Tomita. They open their flower farms to visitors for free and many visitors including foreigners come to the farm and can enjoy some flowers all the year round. 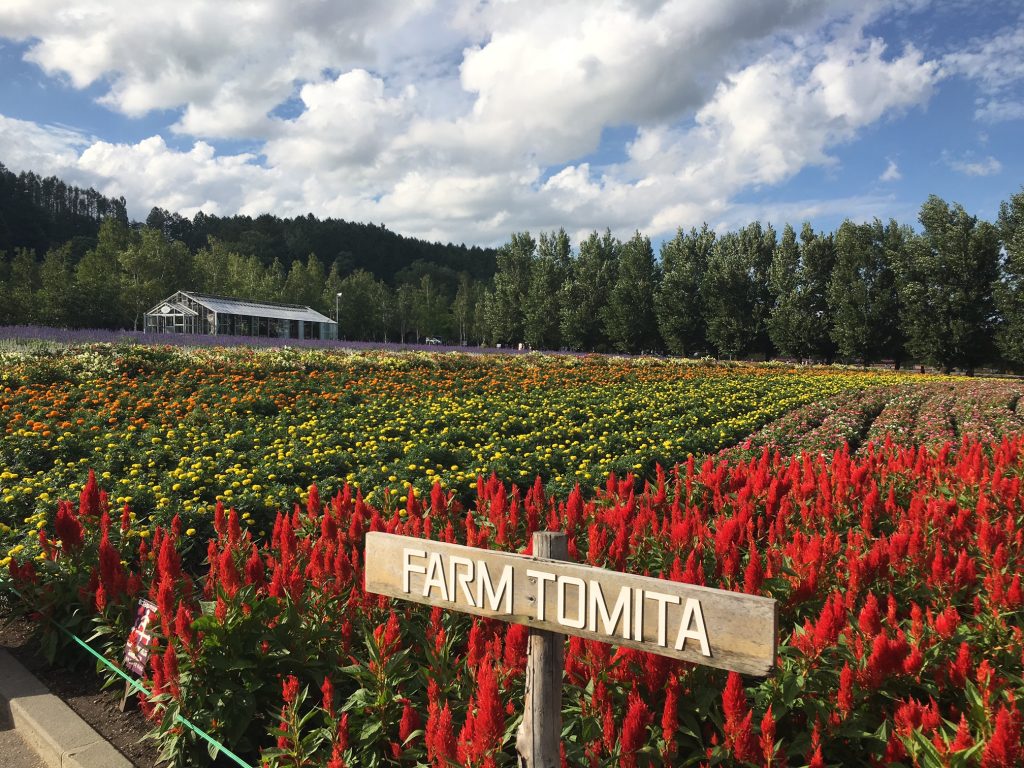 In late August lavenders were at the end of its season. But we can still enjoy their beauty. 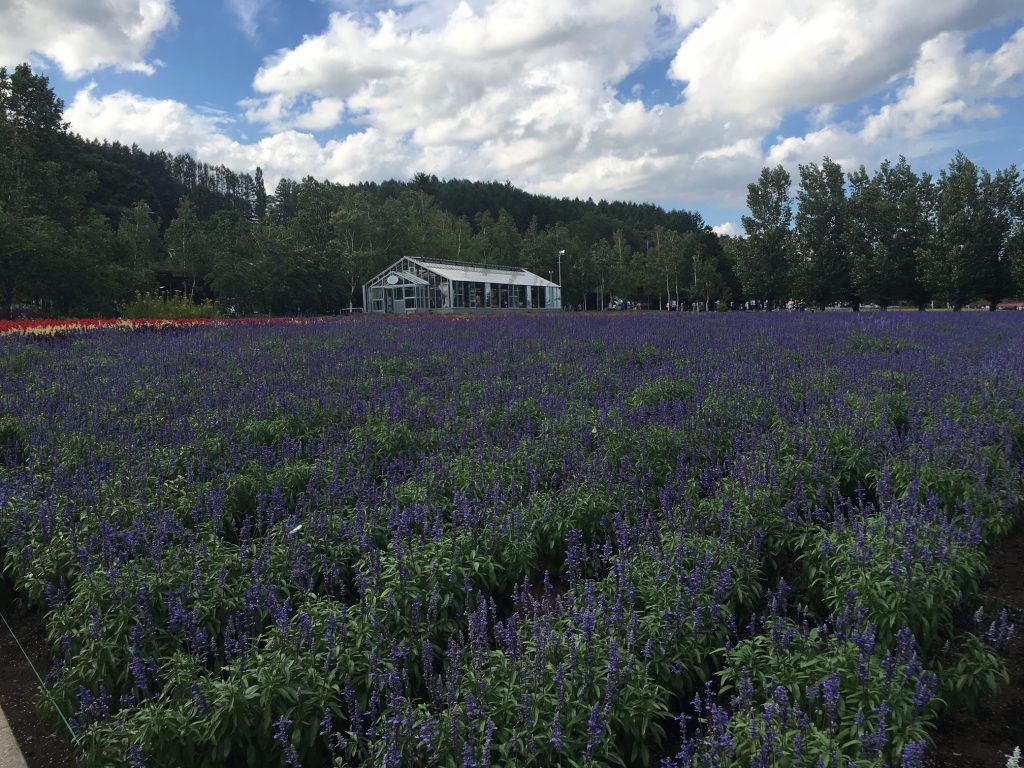 The farms which attract visitors are not only flower ones. Recently in Furano due to climate change some farmers started growing grapes for wine. And from a window of the cafe, Campana Rokkatei, you can see a fantastic view of vineyards on the hill with Mt. Tokachi on the back. 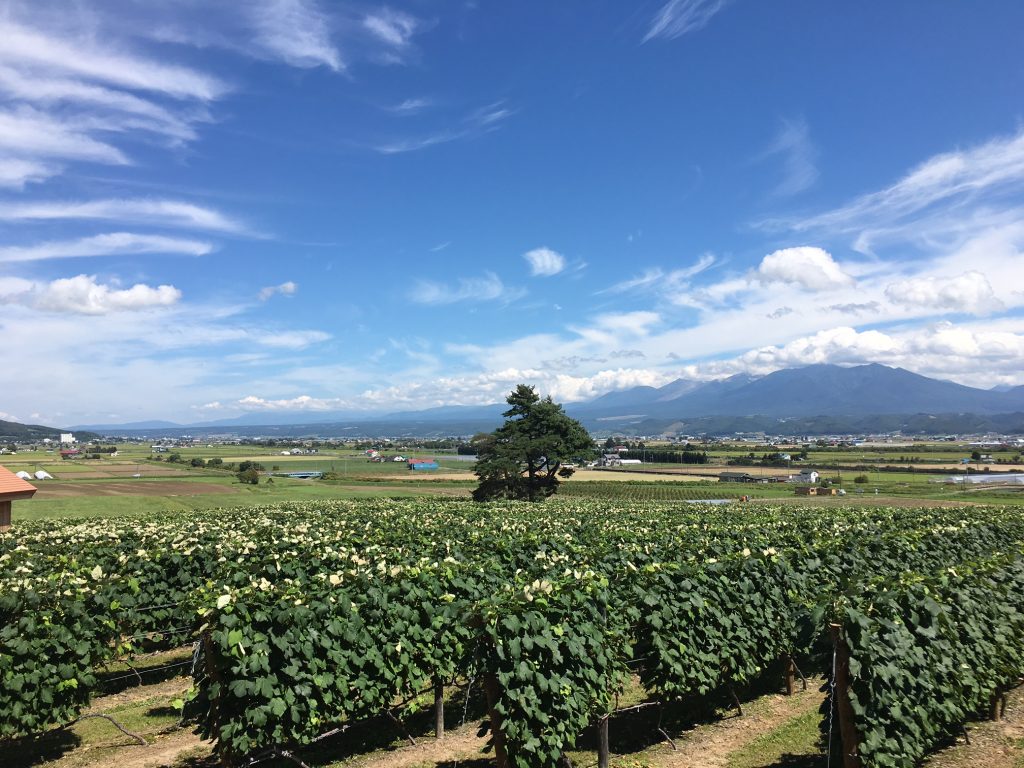 Of course it’s not only seeing vineyards. In Furano there are several winery as well and in the hotels and B&Bs in Furano, you can enjoy wines made in Furano with nice food in peaceful atmosphere. The chef of the hotel we stayed used vegetables grown in Furano as much as possible and they match with the taste of wine nicely. 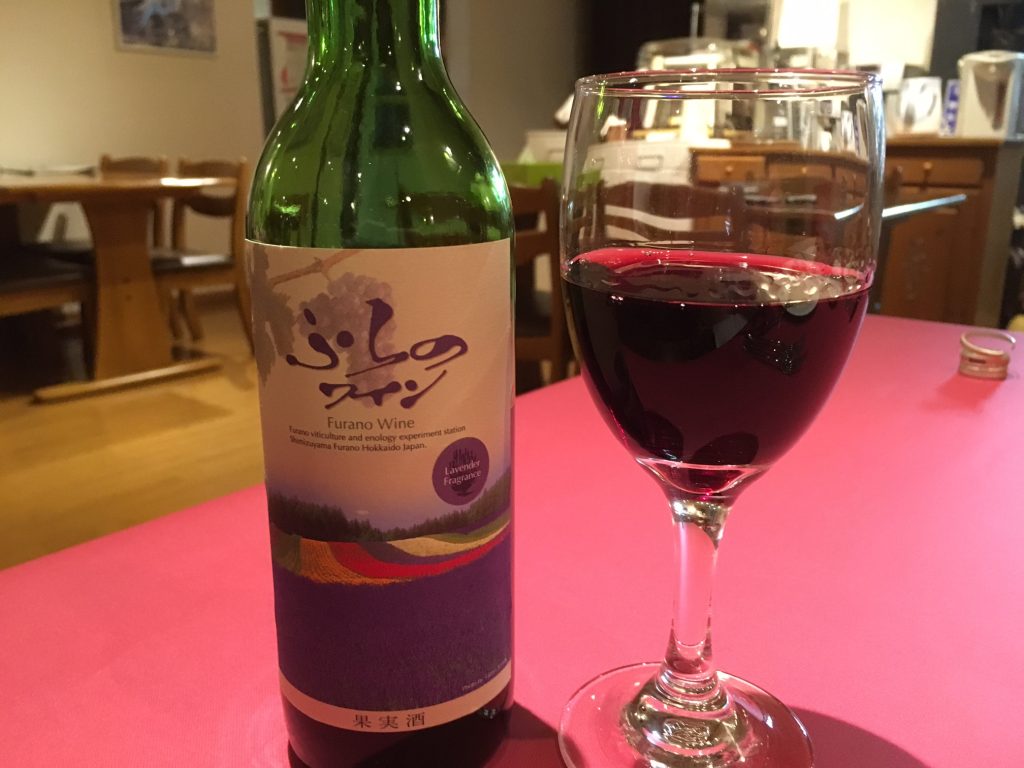 Lastly it’s reported on the news that some part of Furano area was seriously damaged by the typhoon a few days after we visited. We sincerely hope they recover from the damage soon and many people can enjoy the beauty of Furano.